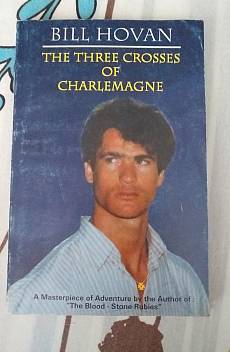 The Three Crosses of Charlemagne

"The Three Crosses of Charlemagne" is the first of four books following the life of young Mike Wallen as he seeks the truth about an antique cross, given to him by a mysterious stranger on a motorcycle after their escape from a death camp prison in Panama.
It is set in modern times, with roots traced back to the legends of Charles The Great - acknowleged founder of continental chivalry and first Emperor of the Holy Roman Empire.
From the brutal, violent and gripping first chapter the tale explodes into a conflict of laughter versus tears, evil versus good - as the gentle young hero leads a group of sports-crazy optimists relentlessly determined to challenge the 21st century.

Holy Black
The Queen of Nothing